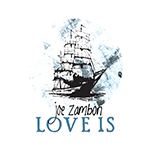 Joe Zambon was not born a musician. As an infant, he had a rare condition in which fingers on each hand were webbed together. When doctors asked Joe—then three-years old—why he wanted them separated, he responded, “to play piano”. Two surgeries later, he took up piano and never stopped.

Growing up on a small family farm, Joe was among the 1100 residents of Iroquois, Ontario, Canada. The rural town provided the space, tranquility and fresh air he needed to develop as an artist. He began by honing his piano skills, then taught himself guitar.

Following university, Joe began working in a campus chaplaincy, where he continues today. There he benefits from being surrounded by students who are searching for meaning. As they share their joys and sorrows with him, his empathetic heart overflows into his songwriting.

For more information, to book a show or share your story, send an email to joezambonmusic@gmail.com

“Joe, I’ve been listening to and loving your music for more than a few years now. Your latest album, Brothers, is the fruit of a great deal of hard work and commitment. You are such a gifted musician, singer and songwriter but your music is more than something to enjoy listening to. It lifts you up and invites you on a journey. I am impacted by your joy and infectious faith which welcomes others to share the great treasure which you have obviously found.”

“Joe’s musical ability is as exceptional as his beard is manly! His new album, ‘Brothers’ is sophisticatedly simple and susurrantly robust. PS ‘Brothers,’ it turns out, goes well with a bottle of good cab. Get it now (the album, not the cab; you can get the cab afterwards).”